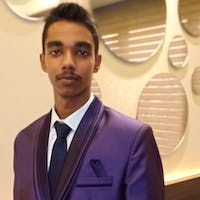 Subscribe to my newsletter and never miss my upcoming articles

Twitter is an American microblogging and social networking service on which users post and interact with messages known as "tweets". In this article will see how to make your own Twitter bot using python.

This will be a Python built Twitter retweet bot using Tweepy. It can be used for automation and marketing purposes.

Here's my live Twitter bot (mlb0t) by the end of the article you will also have the same.

This Twitter bot can do many tasks by its own such as:

For deployment on Heroku

You can find the whole code here: https://github.com/imanishbarnwal/twitter-bot